We are in Ankara, Turkey and Sir Sean Connery and Atatürk, founder and first president of the Turkish Republic, are sharing one of Scotland’s finest malt whiskies from a glorious silver quaich.

The quaich is gilded on the interior to reflect its liquid amber contents and its body is embossed with apple-tree branches and fruit. The apple, present in our collective subconcious as the fruit of knowledge, symbolises the hunger for learning that has long been a mainstay of Scottish culture and that is of such importance to Sir Sean himself.

Perhaps the importance of a comprehensive and enlightened education is one of Sir Sean and Atatürk’s subjects of conversation; or perhaps, moved by the ageless beauty of the quaich that they pass between them, they talk about the devotion that each has for his own country. Sir Sean admires Atatürk’s self-discipline in bringing his country together without being tempted to follow a policy of expansion.  Scotland’s elemental beauty is encapsulated for Sir Sean by the view from the air over the Firth of Forth; and her most outstanding work of art is Edinburgh Castle itself. Edinburgh is a frequent motif in Sir Sean’s conversation and he considers crime writer Ian Rankin, whose Rebus novels examine the lesser known and darker aspects of Edinburgh life, to be Scotland’s major creative force.

Sir Sean has had many memorable drinks in his time, not least after the opening of the Scottish Parliament building at Holyrood in 2004. Now, as the two legendary figures talk on late into the night, another tremendous moment is being formed, and Sir Sean is determined to make it last. “I’ll have another one”, he says. 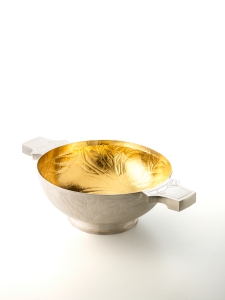 Plans and tools for…